North Korea has had a reputation as a deadbeat debtor since it defaulted on mostly French and Japanese bank loans in the 1970s. Avoiding the Apocalypse (p. 95) has a succinct outline of the early cycle of failed reschedulings and Yang Moon Soo has a useful update for Korea Focus.

Now we have the spectacle of a whole new round of debt follies, in this case debt owed to South Korea for food aid shipments during the sunshine period. (The aid was structured in the form of loans to enable South Korea to sidestep multilateral aid protocols as discussed in an earlier post.) In the aftermath of the June 2000 summit, Seoul and Pyongyang signed an “Agreement on Provision of Food Loans.” On six discrete occasions between 2000 and 2007, food loans were extended for a total of nearly 2.6 million tons of grain worth $720 million. We have good friends—who will remain unnamed—who argued with a straight face this was not aid to North Korea but only a financial transaction; the North Koreans were presumably either laughing out loud or scratching their heads at the fiction.

The deal did indeed stipulate that the North would pay the loans back over 20 years beginning June 7, 2012 with a payment of $5,830,000 for the first $88 million tranche of food extended in 2000. True to good bureaucratic form, the Export-Import Bank of Korea, which manages the finances of the Inter-Korean Cooperation Fund, reminded the North Korean Chosun Trade Bank of its obligation in early May via fax. The North Koreans did not respond, adding this to the arrears they have run up not only to the OECD countries, including Japan, and Russia but also to the KEDO project and for the financing of the rail and road links; those, too, were “financed.” This is unfortunate--$6 million is a relatively trivial sum, even by North Korean standards—and one would have hoped that the Northern leadership would have seen the advantage of keeping the channel open if only to have a clean slate with the next South Korean president. Yet this has not occurred, and in response to that earlier post, Bruce Klinger of the Heritage Foundation dubbed Kim Jong-un the new “Six Million Dollar Man.” 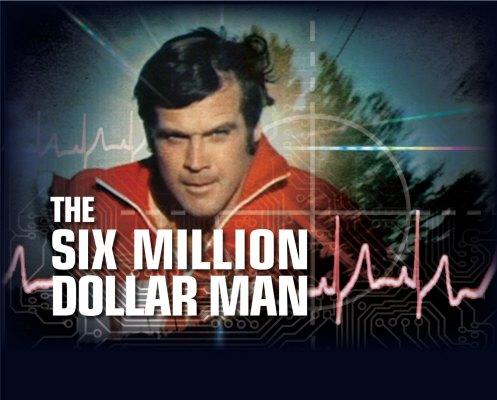 Turning back to earlier debt follies involving North Korea, Haggard has come up with a financial engineering solution that parallels earlier efforts. (Look out when political scientists turn financial engineers.) Prabha Natarajan and Erin McCarthy have a hilarious story on this over at the WSJ’s Credit Markets beat. Apparently, after the last round of reschedulings sat dormant for over a decade, BNP (now BNP Paribas) came up with the bright idea of creating a special purpose vehicle—NK Debt Corp—to hold the restructured loans and sell rights to them to investors. According to the WSJ, these zero-coupon, no-income bonds were bought up by bottom-trawlers banking on some small political upside, such as the summit euphoria of 2000. They used to trade as a kind of inverse indicator of expected regime stability—when it appeared that North Korea was about to collapse, prices would rise on the theory that South Korea would have to pay off the bonds fully (including accrued interest) generating a big upside.

The holdings are now concentrated among a dozen or so blue-chip pension-fund managers and hedge funds; you may well have North Korea in your portfolio. (Noland used to via the T Rowe Price Emerging Markets Bond Fund, though a quick scan of their latest portfolio indicates that they apparently dumped their North Korean paper.) In another hilarious story, Reuters reports that these wildly-overpriced bonds—trading as high as 20 cents on the dollar—got some play after Kim Jong Il’s death on the bet that Kim Jong Un might be a reformer (here). If you want in on the action, contact Noland and he can hook you up.

So here is the Haggard financial engineering solution. The Ex-Im Bank should package these loans and sell them to South Korean and other investors; we would need a snazzy title like Unification Bonds or something like that. But more seriously, North Korea has a real issue; you don’t get back to international credit markets by showing utter contempt for creditors. A small bit of schadenfreude: the Chinese are now grappling with the issue.

As a final act of defiance, the LMB administration should market these unification bonds to firm believers in the sunshine policy in South Korea. Or better yet, folks like Lim Su Kyung. What better way to finance engagement with North Korea on the backs of those who believe in it the most?

Slave to the Blog: the post-modern edition