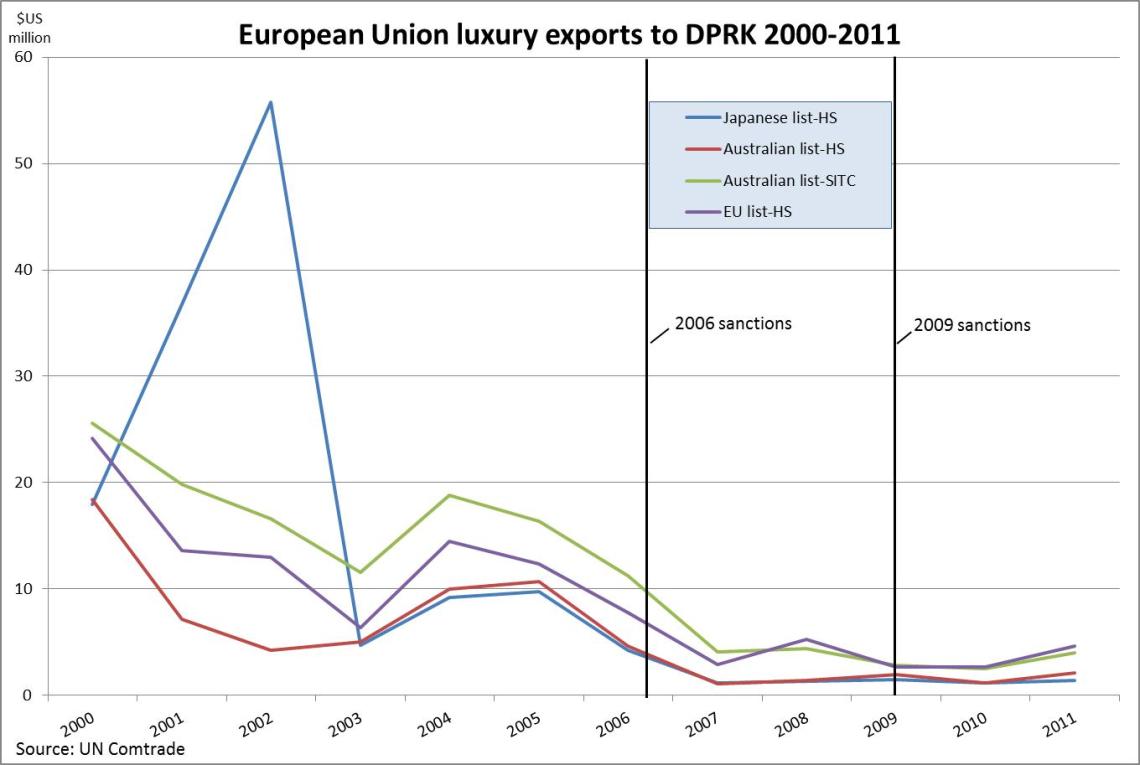 In an earlier post we presented updated data on China’s unwillingness to implement the ban on luxury goods exports to North Korea under UNSC Resolution 1718.  We’ve now calculated the figures for the EU.  As one can see in the chart above, European luxury goods exports to North Korea were falling even before the sanctions.  Since the implementation of the sanctions there have been some interdictions of big ticket items such as an Italian yacht, but it is likely that smaller price-tag items continue to slip through. Overall, reported luxury goods exports have fallen to around $5 million.   Most of these exports consist of high-end electronics or vehicles as shown below. Of course, if items are intentionally misclassified to circumvent sanction (luxury watches reported as machinery, for instance) they will not be detected in this analysis. And so while many of the luxury goods entering North Korea may be of European origin, it is likely that they are transshipped through third countries with lax controls such as China. A recent report presented in the South Korean National Assembly put luxury exports from China at more than $300 million. 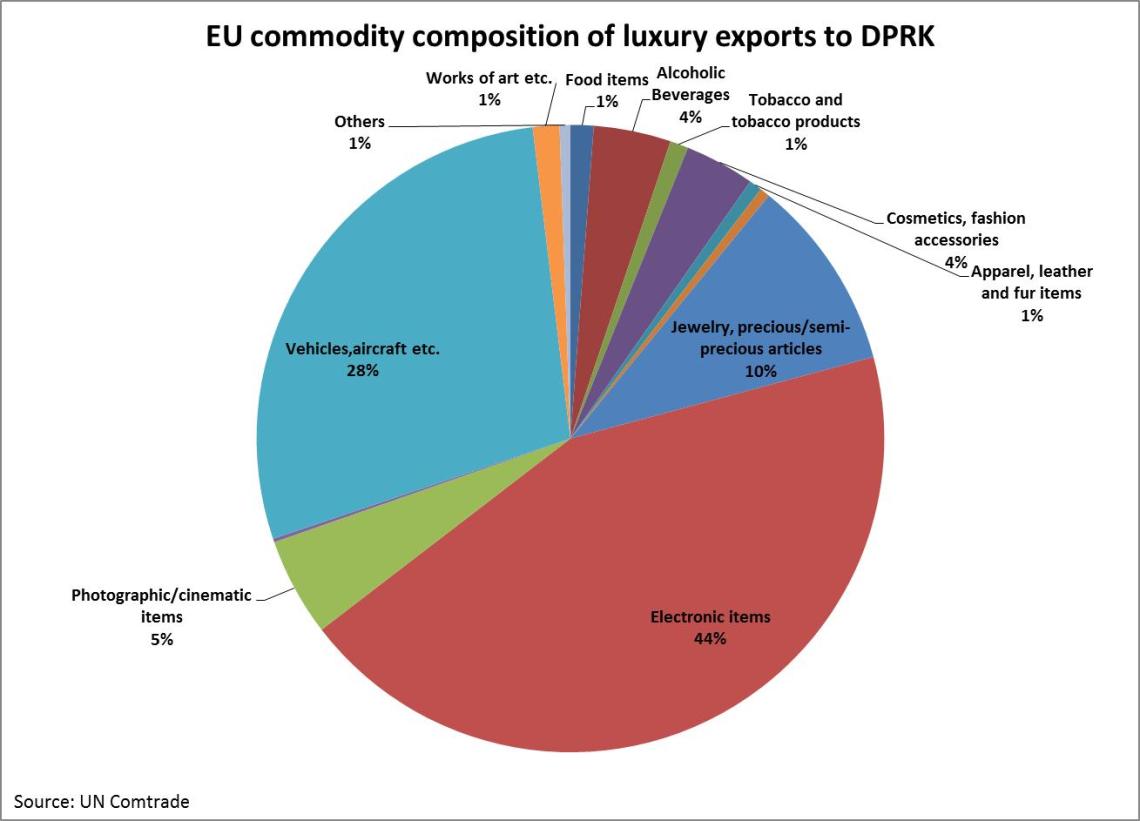 Can China blunt the impact of new US economic sanctions?

UN Sanctions Resolution: the good news and the bad news

UN Panel of Experts Report on Sanctions, part 3 of 3