A counterintuitive finding is that North Korean provocations tend to have very little effect on regional equity and exchange rate markets. Among the reasons: information on North Korean capabilities is effectively known, and the high noise-to-signal ratio is discounted. (Marc Noland has written about this phenomenon here and here.)

Comments by the American president are another issue. Correlation is not causation, but the South Korean and Japanese markets sure appeared to take an initial hit in the immediate aftermath of the president’s “fire and fury” remarks. If you want to track nervousness, a particularly interesting indicator is the price of credit default swaps for South Korean sovereign debt. To be sure, they did not near approach the levels seen during the global financial crisis; but taking a view over the last year, they clearly inched up during the war of words. Even the S&P and Nasdaq appear to sell off on the president’s August 8 remarks, marked by the trend bars in the graphs below.

About as quickly as they dropped, markets bounced back again this week and stock volatility has abated. But that is partly because the president’s advisors stepped in quite forcefully, effectively saying that the president’s remarks should be ignored. The president initiated a phone call with Xi Jinping and Kim Jong Un walked back in a magnanimous way from his earlier threats, claiming that he would continue to study things. The lesson: the markets appear to think that there is as much if not more risk in US commentary than in that by the North Korean nuclear challenger. Go figure. 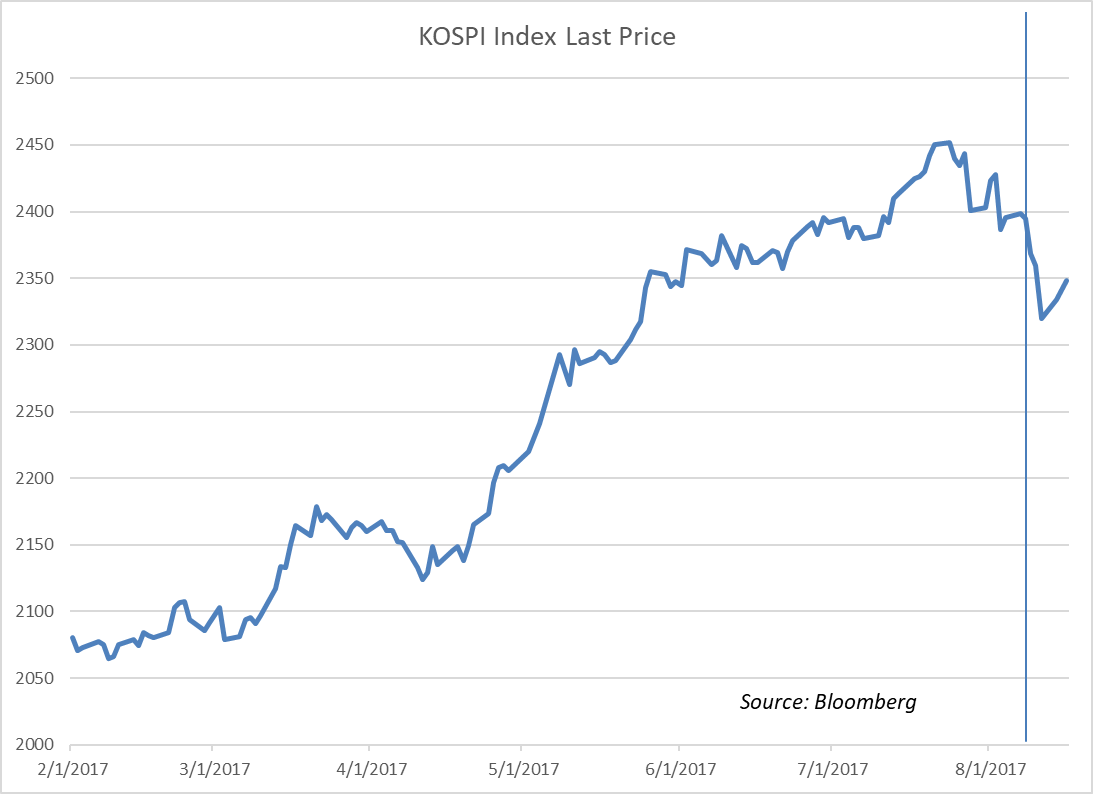 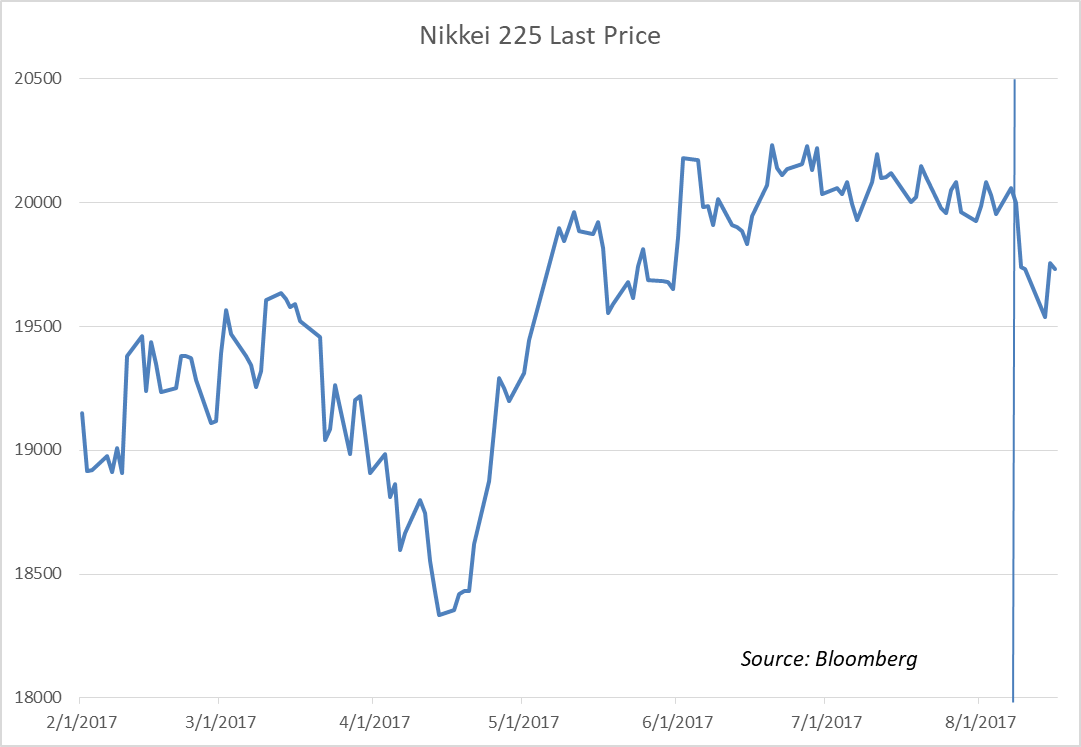 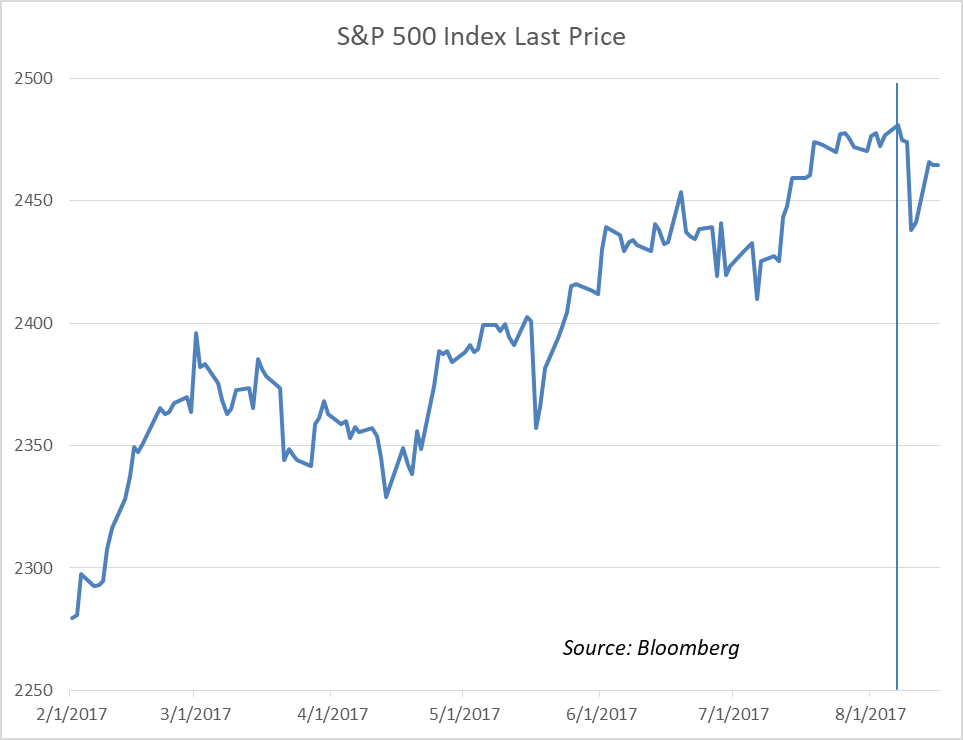 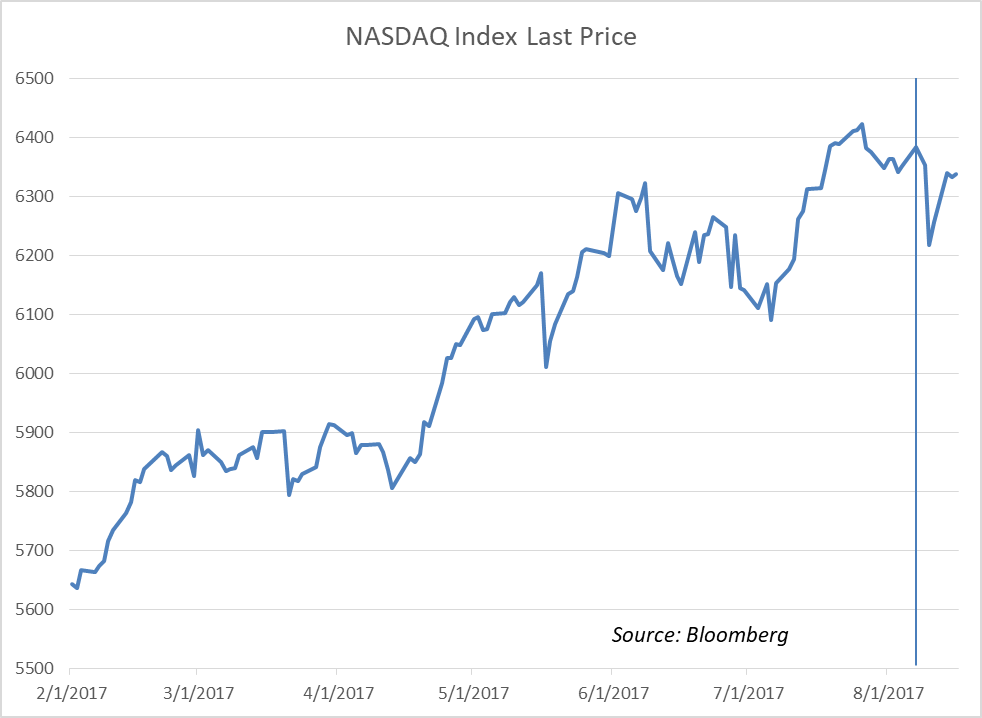 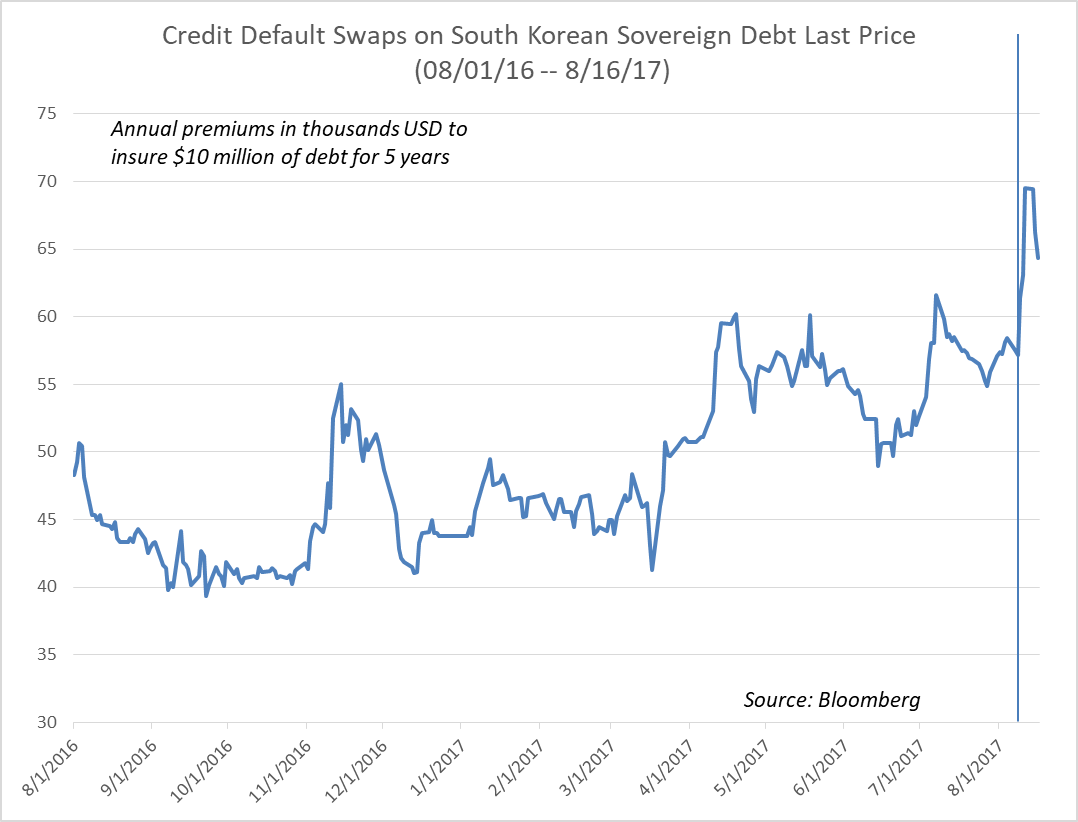 What to Expect from the Trump-Kim Hanoi Summit