Slave to the Blog: The Working Man Blues

A Korean Herald story about the latest failure of talks over the North Korean unilateral increase in wages at the Kaesong Industrial Complex, “Wage talks between 2 Koreas fails again,” inadvertently captures the essence of the problem: Why should two governments be negotiating over the wages paid by private firms to their workers? One of the striking things about KIC is how the system works as a bilateral cartel to the detriment of the workers. Rising wages, inter-firm labor mobility, and too many benefits (aka Choco Pies)? Why, have the employers’ cartel and the North Korean government get together and put a stop to it! A dirty little secret about KIC: working conditions there violate the International Labor Organization’s core labor rights, the South Korean constitution, and the OECD’s guidelines on the operation of multinational corporations. Here’s a modest proposal: Let the market determine the wages and benefits of the KIC workers. Want to be revolutionary? Allow those workers the rights of association and peaceful assembly, and give them the ability to form unions.  Maybe Christine Ahn, Gloria Steinem et al. can get behind that. I’m not holding my breath.

As if to underscore that point, Radio Free Asia recently ran a piece titled “North Korea Orders its Overseas Workers to Hide Rights Abuses” based on a single, albeit named, source. Hee Yoon Do, representative of the Citizens’ Coalition for Human Rights of Abductees and North Korean Refugees (CHNK), claims to have received a copy of newly released guidelines for North Koreans sent abroad to labor. The allegations that Do makes are so extraordinary as to warrant quotation:

“'Particularly, when a foreign reporter or human rights activists tries to take a picture or film you, take the camera, camcorder or cell phone from them and smash it,' the document said, according to Do.

'They [North Korean workers] must physically smash them, but also they must pull out internal memory cards such as SD cards and then return the broken cameras or camcorders to their owners,' he said.

The action guide also instructs workers not to hesitate to respond with violence and to gang up on those trying to video or photograph them, he said.

'The action guide even includes a series of details: Do not kill, but inflict a blow or fracture until the person’s body is physically damaged,' Do said.

If a person apologizes while a North Korean is beating him, the North Korean must record his words with a video camera or cellphone and give the recording to the supervisor or manager of the work unit to which they belong, Do said.

'If North Korean workers block activities by preventing or beating a South Korean who is reporter or human rights activist, they will be evaluated according to their actions,' he said. 'But if they don’t [follow the guidelines] and pictures or videos appear on the Internet or TV, they’ll be punished.'

Do did not indicate the types of punishments the workers would receive.”

Major kudos to anyone who can corroborate this story.

Finally, just when you think that the North Korean regime cannot descend any further into madness, they reach ever deeper depths of derangement: “North Korea warns U.S. envoy of 'bigger mishap' than a knife attack.” As I argued in an earlier post, civilization depends on maintaining mechanisms through which we can talk to our adversaries. So whatever one thinks of the US, or the ROK, or the DPRK, an attack on diplomats is an attack on civilization itself. According to reporting by Reuters,

“The North's Committee for the Peaceful Reunification of Korea said [US Ambassador to Seoul] Lippert's remarks were proof that Washington was intent on hostility.

'Lippert needs to drop the bad habit of rashly engaging in scheming chatter distorting the truth and instigating war by taking issue with us,' the committee said in a commentary published on Thursday on the Uriminzokkiri propaganda web site.

'Otherwise, next time, he could face a bigger mishap than getting cut in the cheek by a South Korean citizen,' it said.

The inveterate optimist (lol), I managed to find a potential silver lining in a story in the Chosun Ilbo, “Ancient N.Korean Propaganda Chief Bows Out.” The paper speculates that octogenarian “dinosaur” (their word, not mine) Kim Ki-nam has been removed as head of Korean Workers Party propaganda department (apparently he was not very adept with the new social meeting technologies that hip young leader Kim Jong-un wants to deploy) and may have been replaced by the Young Marshall’s sister, Kim Yeo-jong. I don’t know if this story is true, but if it is, it means that one guy is back in the saddle, and one is out of a job. 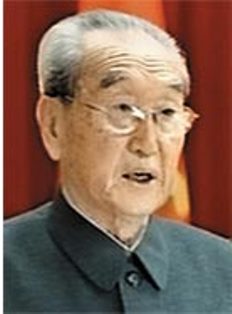 Kaesong is founded in large part on mutual mendacity. The ROK government and business cartel justify the Kaesong IC as a window through which "ordinary" North Korean workers get exposed to the Choco-pie beneficence of the South, thereby slowly effecting change in mindsets. The North for its part maintains the fiction that it provides a great benefit to the business cartel by providing a means to employ North Koreans for a decent wage while in fact the payroll is paid directly to the authorities with no real idea of how much workers actually get. The South is loathed to pull the plug on what is now the only North-South initiative, but is there real value in this? If the South business sector wants to help Northerners, the best way is to do something more than give subsidies and assimilation assistance to refugees. Instead, the government should pull out the stops to create a sizable group of refugees who actually succeed in the South. This would mean giving training in business management and providing commercial loans. This would be far more transformative than a labor force that only theoretically is exposed to South Korean business culture.

US workers are getting large raises, but not enough to keep up with higher inflation