Under the Hood, the USMCA Is a Downgrade for North America

Since campaigning for the White House, President Trump has repeatedly called the North American Free Trade Agreement (NAFTA) the worst trade deal ever made. Trade negotiators have branded its intended replacement, the US-Mexico-Canada Agreement (USMCA), a “modernized” improvement. In fact, most of the upgrades draw heavily from the Trump-abandoned Trans-Pacific Partnership (TPP), which he called a “potential disaster for our country.” The deal also includes costly new regulations and requirements that discourage investment, especially in the auto sector. Consumers may see higher prices for cars at a time when auto sales are flagging. Ford and GM are already laying off workers. Many core features of NAFTA remain, but overall, the USMCA limits trade more than promoting it.

Leaders signed the newly negotiated USMCA on November 30, 2018, but it must be ratified by Mexican, Canadian, and US legislators to take effect. Soon after the signing, Trump again threatened to cancel NAFTA, adding pressure on lawmakers to act quickly—either his deal or no deal. Here’s a look “under the hood” of the USMCA. 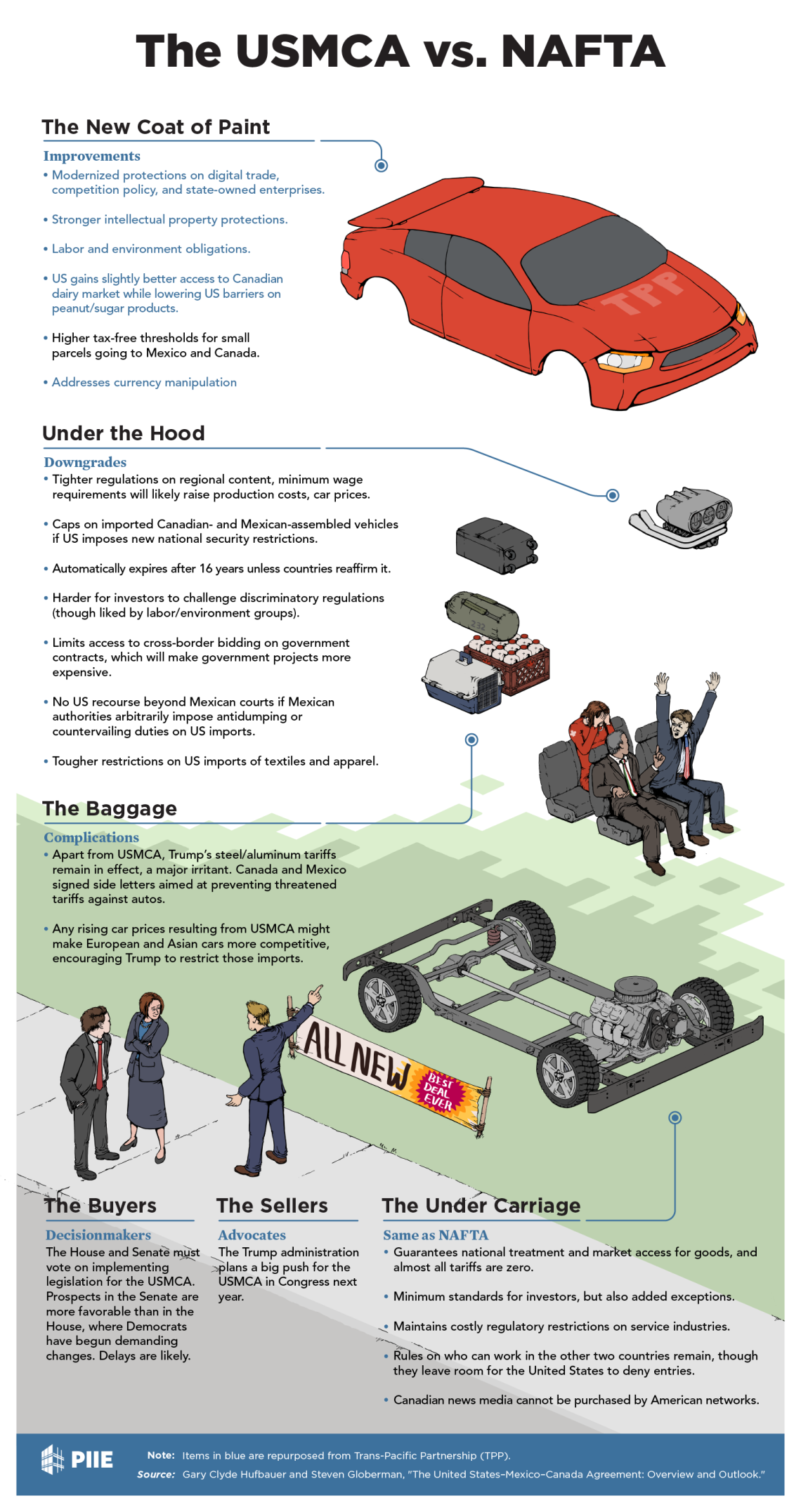 For more on what changed between the agreements, see Gary Clyde Hufbauer and Steven Globerman’s report, “The United States-Mexico-Canada Agreement: Overview and Outlook.”

Five Flaws in the USMCA