Caroline Freund, senior fellow at the Peterson Institute for International Economics since May 2013, is on leave for public service as director of trade, competition and investment climate at the World Bank. Previously she was chief economist for the Middle East and North Africa at the World Bank, after working for nearly a decade in the international trade unit of the research department. She has also worked in the research departments of the International Monetary Fund and the international finance division of the Federal Reserve Board.

Freund’s research examines international trade, trade policy, and economic growth.  She is the author of Rich People Poor Countries: The Rise of Emerging Market Tycoons and their Mega Firms.  She has published many articles on the effects of regional trade agreements and edited a volume on The WTO and Reciprocal Preferential Trading Agreements. Her work has appeared in academic journals, including: American Economic Review, Quarterly Journal of Economics, Review of Economics and Statistics, Journal of International Economics, and Journal of Development Economics.

Freund was a member of the EXIM Bank advisory committee from 2014 to 2016. She is on the scientific committees of CEPII (Institute for Research of the International Economy, Paris) and the Economic Research Forum (Cairo), is a member of the Centre for Economic Policy Research, and on the editorial board of the journal Economics and Politics. She received a PhD in economics from Columbia University.

Active Labor Market Policies: Lessons from Other Countries for the United States

The Problem of US Labor Force Participation

Sino-US Economic and Trade Relations in the Global Economy

Global Imbalances and the Trade Slowdown

END_OF_DOCUMENT_TOKEN_TO_BE_REPLACED

The Thing About That Border Tax

Billionaire Lists Are Battling to Feed a Hunger for Rankings 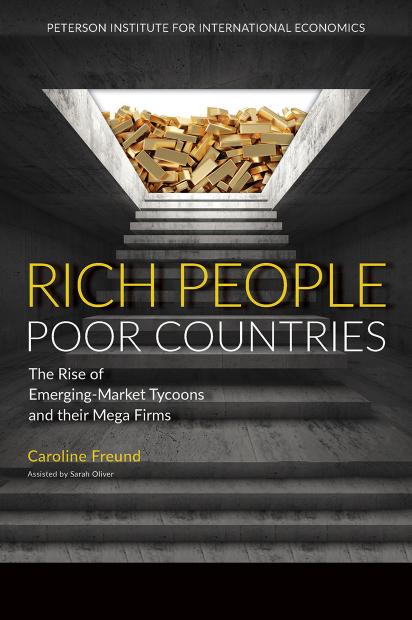 Rich People Poor Countries: The Rise of Emerging-Market Tycoons and their Mega Firms