Follow Me On RSS
Connect With Me On LinkedIn

Cullen S. Hendrix, nonresident senior fellow at the Peterson Institute for International Economics, is professor and director of sustainability initiatives at the Korbel School of International Studies, University of Denver. His publications on the relationships between international markets, natural resources, and conflict, as well as the economic and security implications of climate change, have appeared in the British Journal of Political Science, Global Environmental Change, Nature Climate Change, Review of International Organizations, International Review of Applied Economics, Journal of Conflict Resolution, Journal of Peace Research, and Conflict Management and Peace Science, among others. He is coauthor of Confronting the Curse: The Economics and Geopolitics of Natural Resource Governance (2014).

He has consulted for the US Department of Defense, the Food and Agriculture Organization, the Political Instability Task Force, and the World Food Programme, among others. His research has been supported by the National Science Foundation's Coupled Natural and Human Systems program, the US Department of Defense's Minerva Initiative, and the Carnegie Corporation of New York, among others. He was a predoctoral fellow at the Peace Research Institute Oslo. He holds a PhD and MA from the University of California, San Diego, where he was a fellow at the Institute on Global Conflict and Cooperation, and a BA from Kalamazoo College.

Why some experts got pandemic readiness wrong

Rebuilding the Global Economy: Role of the US Department of State

A Saudi fund opted not to buy Newcastle United. How do sovereign wealth funds affect politics back home?

As NAFTA talks continue, your hamburger hangs in the balance

These 3 Everyday Products Show Who Won and Lost From Nafta 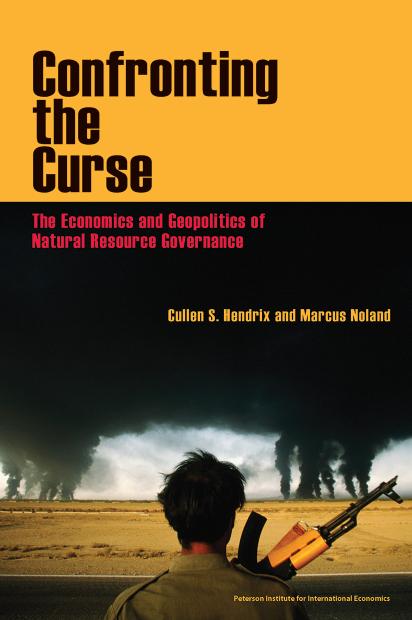 Confronting the Curse: The Economics and Geopolitics of Natural Resource Governance