In contrast to the United States, Japan, and Vietnam, both Australia and New Zealand have very low tariffs going into the Trans-Pacific Partnership (TPP). Over 90 percent of their tariffs are 5 percent or less and the highest tariffs in either country are 10 percent (primarily on textiles in both cases). Following TPP’s entry into force, the vast majority of Australia and New Zealand’s tariffs facing TPP exporters will be eliminated immediately, leaving less than 10 percent of products with tariffs after the first year of the TPP. While the tariffs that stay in place may shield some important industries, such as wool in New Zealand, the longest phase-out period until they expire is 7 years for New Zealand, and only 4 years for Australia. With one third of Australia’s total exports and almost 40 percent of New Zealand’s total exports going to other TPP members, they stand to benefit from increased preferential market access abroad as well as the new rule-based trade system that TPP provides. 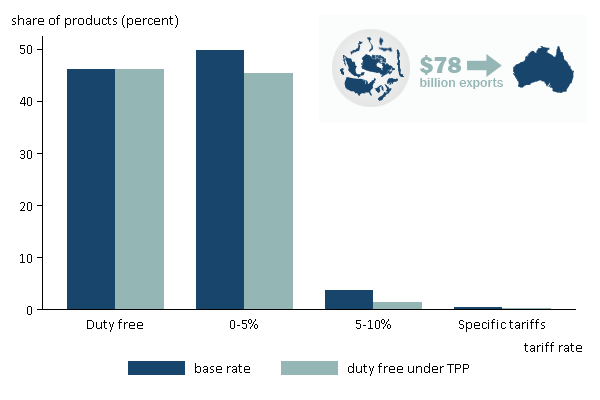 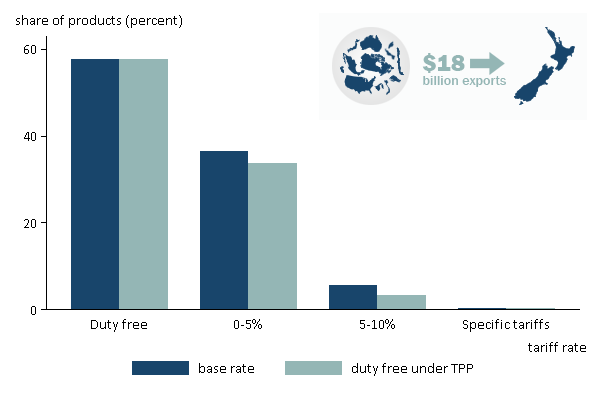 Rebuild the Trans-Pacific Partnership back better

China and the Trans-Pacific Partnership: In or out?

The US retreat from East Asia is costly