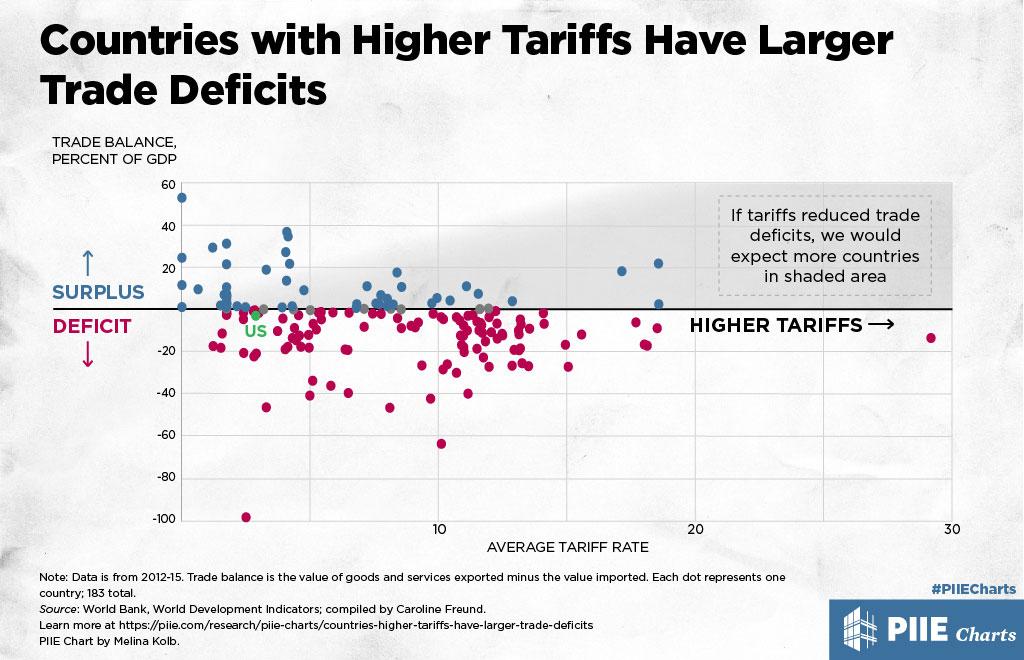 President Trump has ordered a study on what causes trade deficits in order to discover potential unfair trade practices that could be contributing to the imbalance. Tariffs have been proposed as a solution to this issue. However, there are several reasons why this approach is misguided. The overall trade deficit is primarily growing because Americans are saving less, trade deficits are not necessarily bad for the economy, and applying tariffs to reduce deficits is not effective.

This PIIE Chart shows the average applied tariff compared to the average trade surplus or deficit for 183 countries over a span of three years. Countries with higher tariffs are correlated with having larger deficits. Research shows that for the United States, which has relatively low tariffs, trade openness has not affected the trade balance.

This PIIE Chart is adapted from Caroline Freund’s “Public Comment on Trump Administration Report on Significant Trade Deficits.” For more information on how trade deficits work, watch Is the US Trade Deficit a Problem?

Taming the US trade deficit: A dollar policy for balanced growth