Despite progress, gender parity among business leaders remains decades away 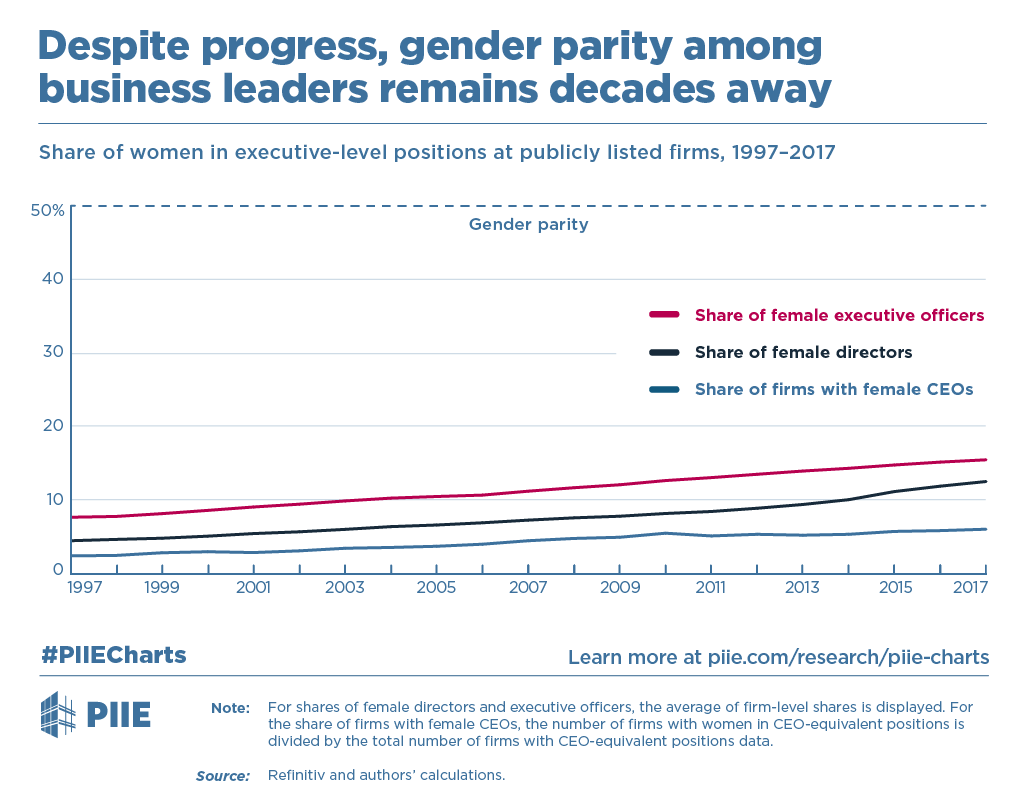 If current trends continue, it will take more than a generation to reach gender parity. Extrapolating from current trends, women will not achieve equal representation among executive officers until 2051. For CEO positions it will take even longer, with male CEOs likely outnumbering their female counterparts for the next 43 years.

Gendered laws and women in the workforce