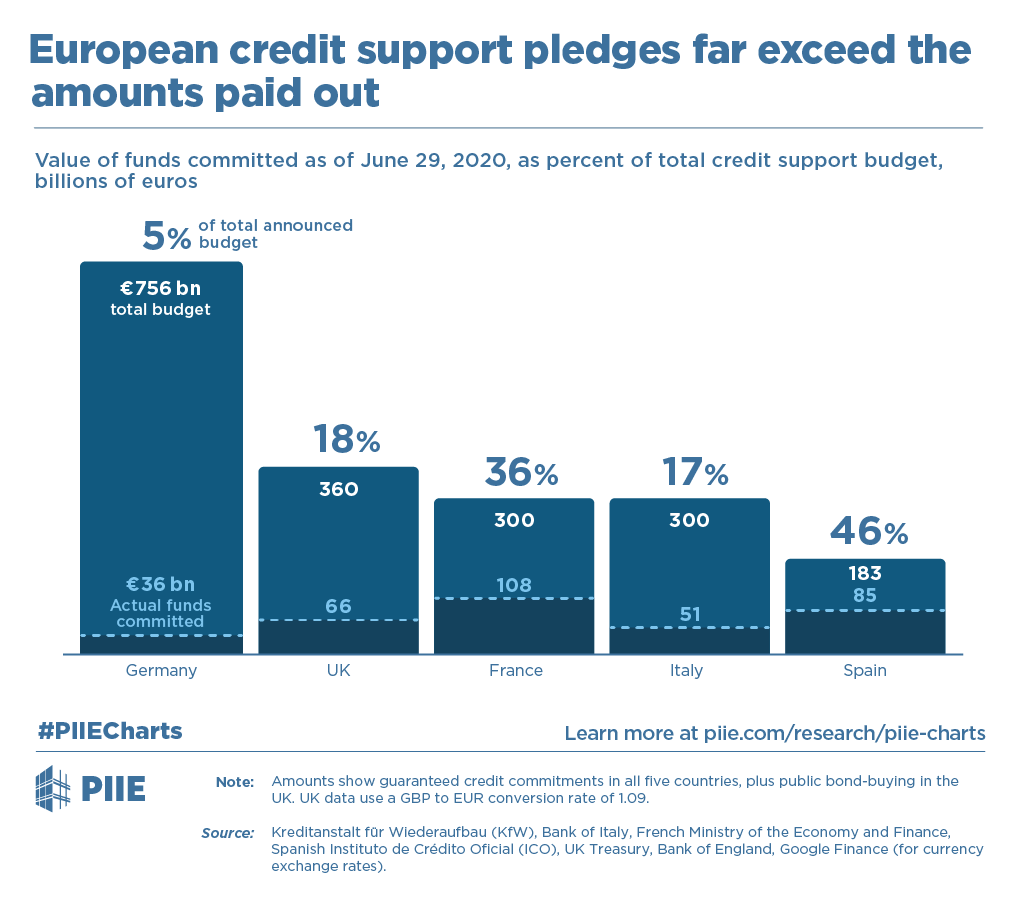 Contrary to widespread concerns, loan guarantees and other forms of credit support from European governments to businesses have not distorted competition in the EU single market so far. The large funding announcements for government-backed credit programs do not correlate with actual commitments of funds to companies.

The German government, for instance, announced a €756 billion support envelope for firms on March 23, 2020; however, as of June 29, just 5 percent (€36 billion) of funds had been actually committed. Spain, instead, committed nearly half of its headline envelope as of June 29: €85 billion out of €183 billion that it pledged. On face value, the headline pledge announcements give a distorted picture of European COVID-19 credit assistance. In practice, shares of the total budget committed vary by country and do not correspond with the headline figures that have captured global attention.

"Whatever it takes." Getting into the specifics of fiscal policy to fight COVID-19