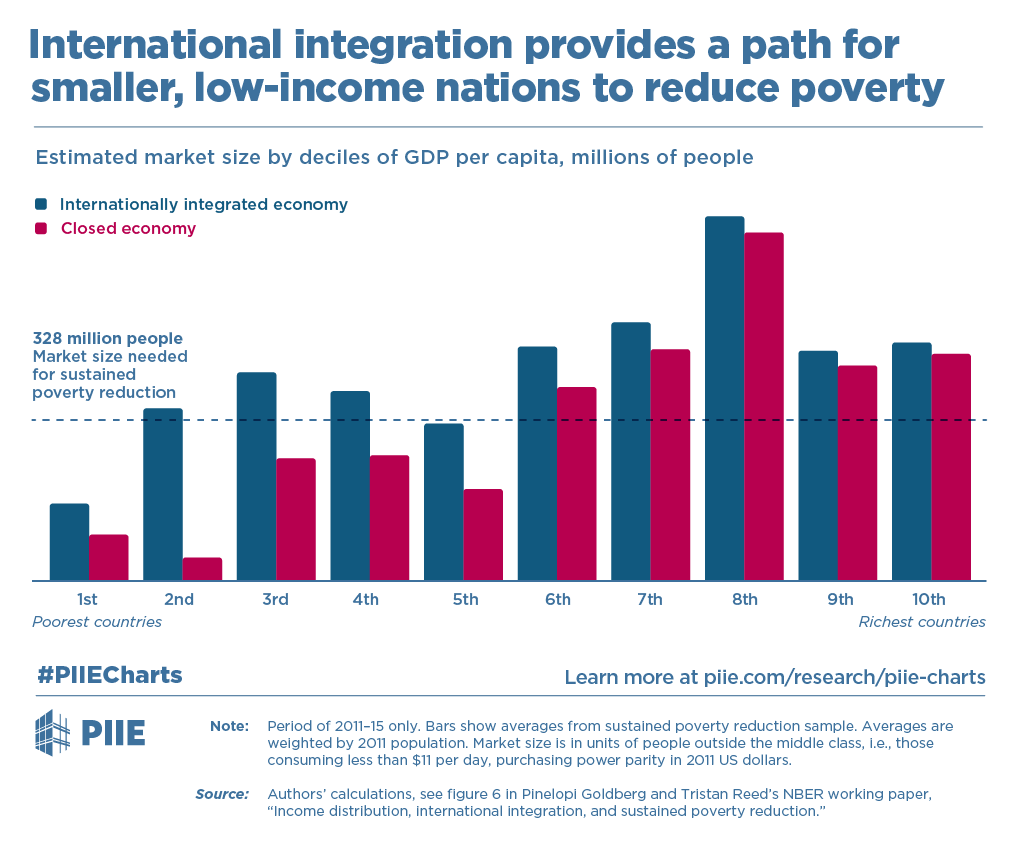 In an era of deglobalization, the export-led model of development may become less tenable. Without international integration, a country is limited to harnessing the purchasing power of its own consumers and trading internally. But how large would a country need to be to develop without international trade?

Goldberg and Reed develop a framework in which a country’s effective “size” depends on its raw population, international integration, and the size of its middle class. A small country that is internationally integrated has access to a much larger market. Similarly, a small country with a large fraction of its population in the global middle class may have high enough consumer demand to support sustained poverty reduction.

The chart demonstrates the empirical importance of international integration for smaller, low-income nations. It  shows two scenarios of effective market size, averaged over deciles of GDP per capita. Blue columns correspond to an open economy scenario at current levels of integration. Red columns correspond to a counterfactual closed economy scenario, showing the effective market size if it were determined only by a country’s raw population and the size of its middle class. The horizontal line at 328 million people represents the threshold market size required for a country to develop, measured in terms of raw population with purchasing power below that of the global middle class.

In all except the first and fifth deciles, the open economy effective market size is, on average, greater than the threshold. This finding suggests that, if international integration remains as in the past, most countries should be able to develop. However, in the closed economy scenario, the market becomes large enough to meet the threshold for sustained poverty reduction only in the sixth decile, implying that, without international integration, the average resident of a low- and lower-middle-income country does not live in a market large enough to support development.

Everything You Know about Cross-Country Convergence Is (Now) Wrong