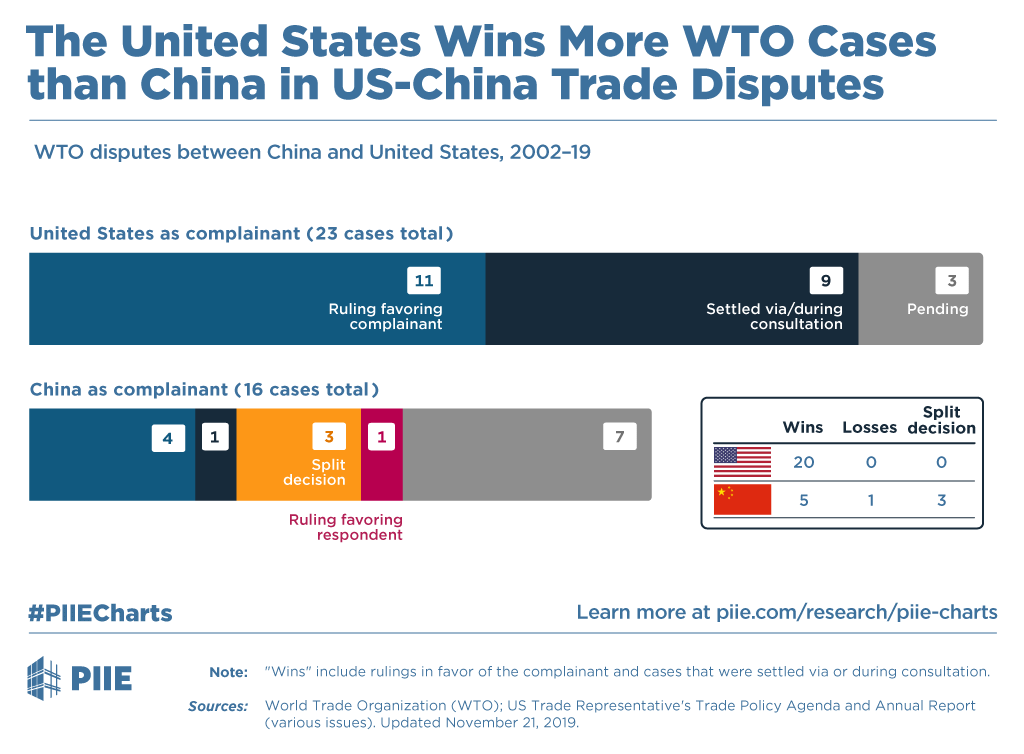 Trade wars are not good or easy to win, but the United States does generally win trade disputes, especially against China, in cases it brings to the World Trade Organization (WTO). Contrary to President Trump’s assertion that “We lose the lawsuits, almost all the lawsuits in the WTO,” US officials have won 20 times in their challenges to Chinese trade practices since the first US WTO case against China in 2004. None were lost, and three cases are still pending. Chinese officials have brought 16 complaints against the United States since 2002 and won five, lost one, and gotten a split decision on three, with seven cases pending.

US cases against China target export duties and quotas, subsidies, restrictions on market access to service sectors, and other practices. Almost half of the cases brought by China against the United States involve complaints about US antidumping and countervailing duty investigations, particularly the methods used to calculate these practices and the way the United States imposes penalties.

This PIIE Chart was adapted and updated from Jeffrey J. Schott and Euijin Jung’s blog post, “In US-China Trade Disputes, the WTO Usually Sides with the United States.”

In US-China Trade Disputes, the WTO Usually Sides with the United States