US Multinational Corporations Are Increasingly Using International Teams for Inventions 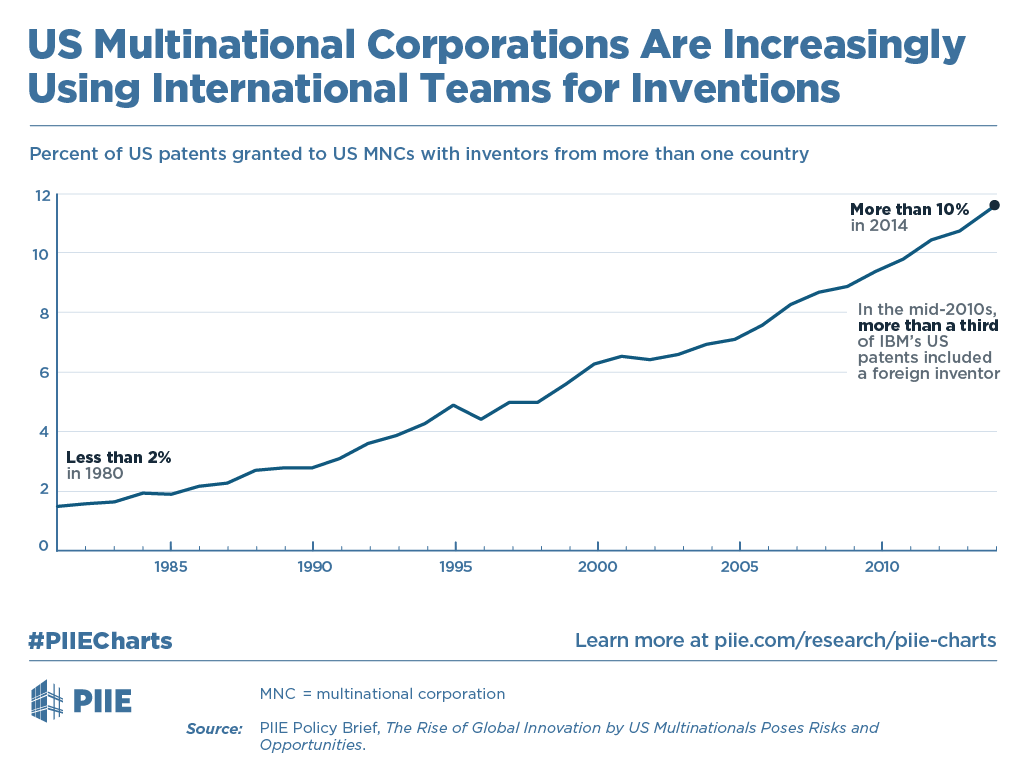 US patents granted to US multinational corporations (MNCs) reflect rapid growth in cross-border research and development (R&D) collaboration. The share of all US MNC patents, including those granted to foreign inventors, that have inventors from more than one country has increased from less than 2 percent in 1980 to more than 10 percent in 2014. For leading multinationals, this fraction is considerably higher. In the mid-2010s, IBM publicly announced that more than a third of its US patents had a foreign inventor.

This PIIE Chart is adapted from Lee G. Branstetter, Britta Glennon, and J. Bradford Jensen's Policy Brief 19-9, The Rise of Global Innovation by US Multinationals Poses Risks and Opportunities.

Online Platforms and Market Power, Part 3: The Role of Data and Privacy in Competition