How will the British exit from the European Union affect US-UK trade and investment? Here is a guide to the status quo. 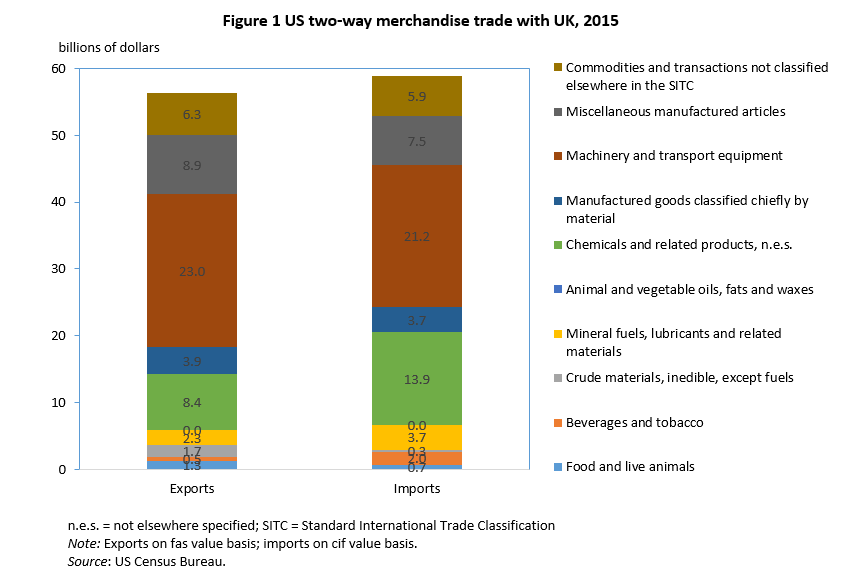 The United States continued to be a net exporter of services to the United Kingdom in 2014. Total exports reached $64 billion and total imports were $50 billion, leading to a bilateral service surplus of $14 billion. The United States ran notable trade surpluses in financial services and intellectual property related services ($9 billion and $6 billion, respectively) and a $3 billion trade deficit with United Kingdom in insurance services (figure 2). 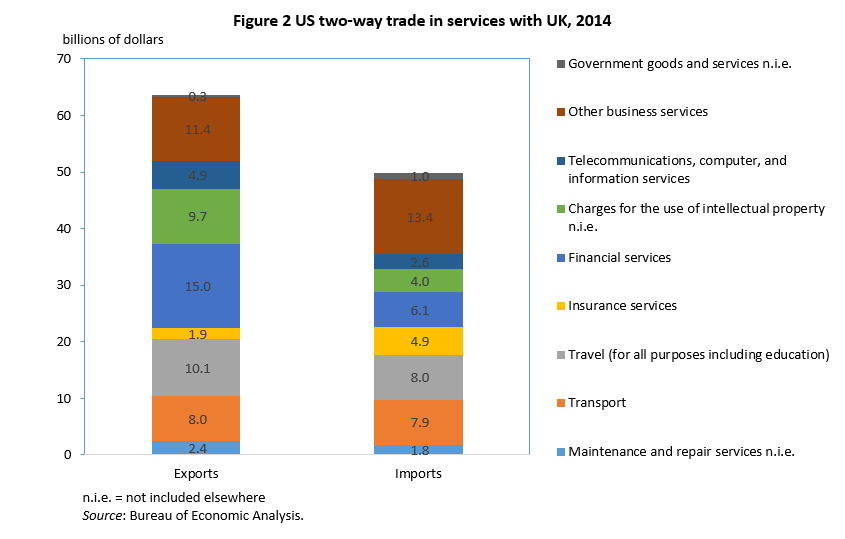 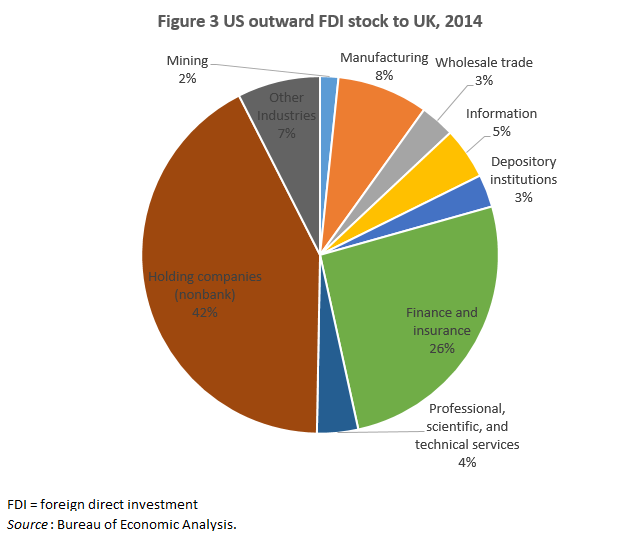 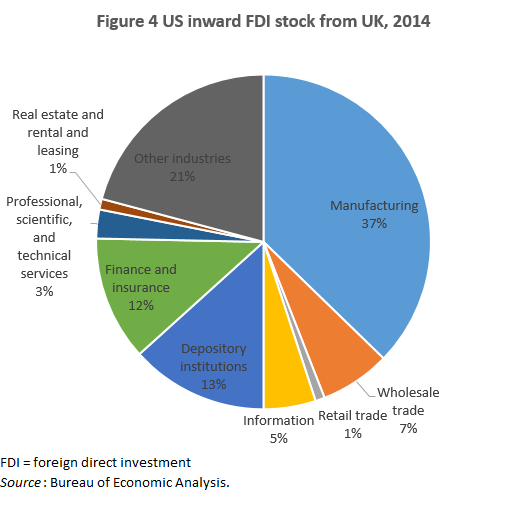