US unemployment fell in June, but the official rate continues to understate the problem 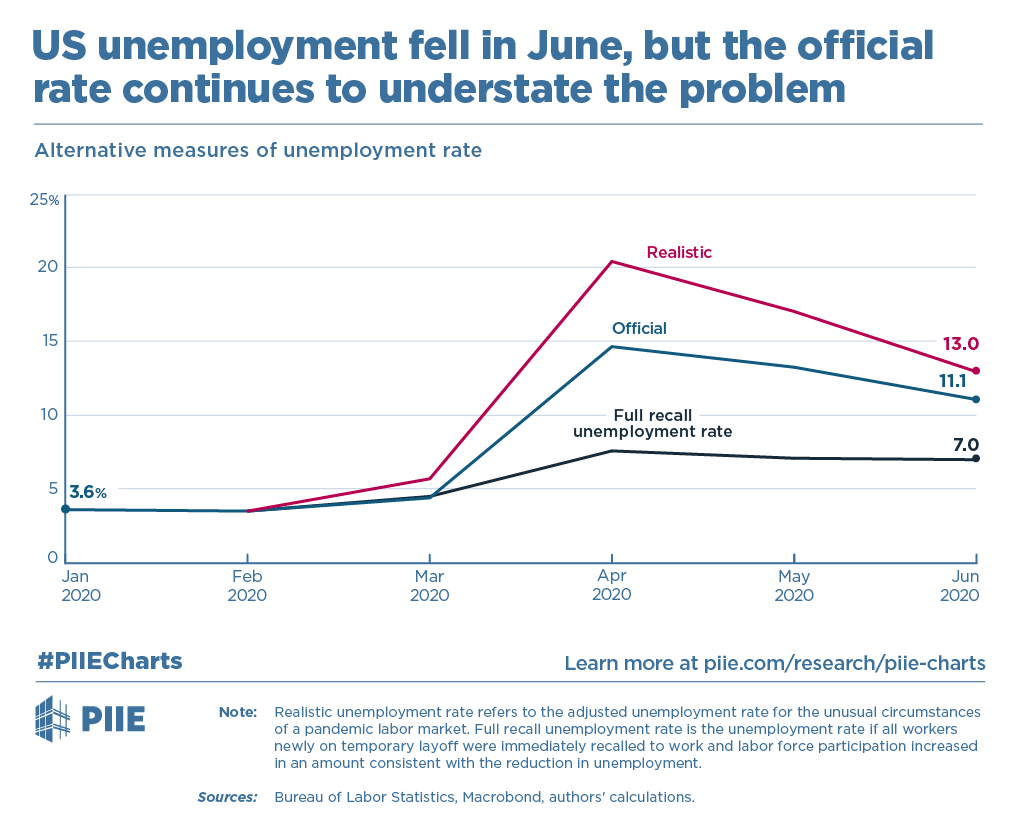 Since the pandemic began, an unusually high number of people have reported being employed but “not at work for other reasons.” While these individuals are counted as employed in the official statistics, it is likely that the additional people “not at work for other reasons,” numbering 2 million in June, are actually unemployed. Official calculations also do not count those without employment who are not actively looking for work as unemployed. In June, 4.6 million more people without work were not actively job hunting compared with February. This increase, relative to the increase in unemployment, has also been higher than in past recessions. Adjusting for these factors, the “realistic unemployment rate” was 13.0 percent in June, down from 17.1 percent in May, and 1.9 percentage points higher than the official unemployment rate.

In an optimistic scenario where all 9.8 million additional unemployed workers on temporary layoffs immediately returned to work, the “full recall unemployment rate” would remain elevated. These data suggest that the temporary labor market problems are deep, and the United States will still have a recessionary level of unemployment for some time to come.

This PIIE Chart was adapted from Jason Furman and Wilson Powell’s blog post, "US unemployment rate falls again but little progress after accounting for recalls from temporary layoffs.”